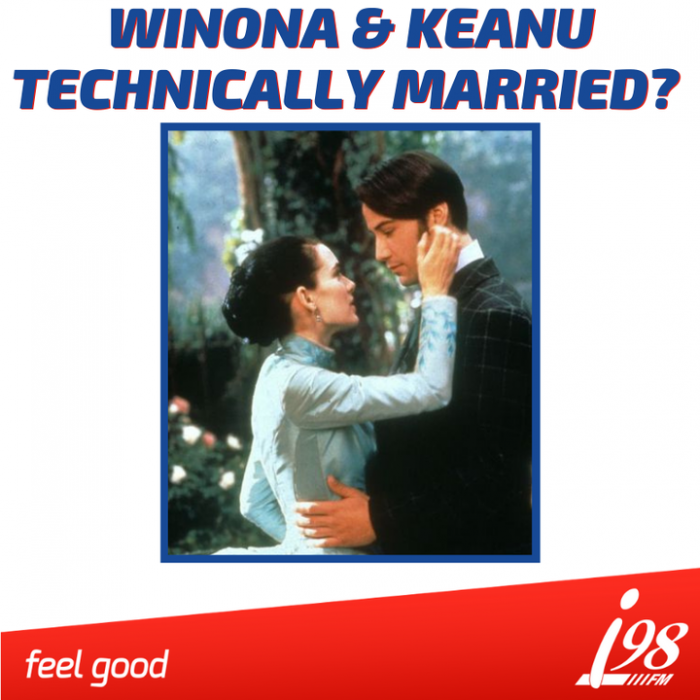 Were Keanu Reeves and Winona Ryder actually married on the set of Dracula in 1992?

Their characters were married in a scene in the film, but in a recent interview with Esquire, Reeves has revealed they may have really shared legitimate nuptials!

“We did a whole take of a marriage ceremony with real priests,” Reeves said.
“Winona says we are. (Director, Francis Ford) Coppola says we are. So I guess we’re married under the eyes of God.”