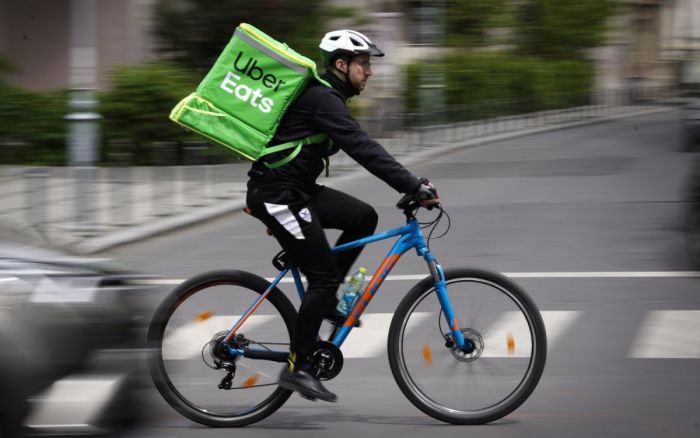 Uber Eats generated almost 60,000 jobs during the coronavirus pandemic last year with the average delivery driver earning more than $20 an hour after costs.

That's according to a report commissioned by the global digital economy company Uber that looked at its Australian Uber Eats arm.

The Accenture report released late on Monday plays up the flexible work benefits of the food home delivery operation accessed by consumers through the Uber Eats app.

"As dining at restaurants no longer become an option (during the pandemic) consumer spending on food delivery services was quick to take its place," the report found.

"Consumer spending on food delivery is now three times more than before the pandemic started.

"During this time, spending at restaurants has also returned to pre-pandemic levels, suggesting that delivery platforms are here to stay."

Last year, Uber Eats generated 59,000 jobs - more than eight times the jobs available when the operation began in Australia in 2016, the report said.

Many of these jobs went to "individuals who may have otherwise struggled to access work" because of visa restrictions, limited skills or experience and limited fluency in English.

Some 77 per cent of these workers were ineligible for federal government support during the pandemic, mainly due to their visa status.

After average hourly costs were deducted, the report found delivery workers earned an average take-home pay of $20.74 an hour if they used a car, $21.97 with a motorbike and $21.92 with a bicycle.

According to the report, delivery workers valued the flexibility and the "autonomy of being their own boss".

Some "84 per cent of them indicated that flexibility was more important than an hourly wage, while another 84 per cent valued flexibility more than other employment benefits".

Accenture used Uber Eats and bespoke survey data - including 9389 Uber Eats workers - as well as publicly available data such as the Household, Income and Labour Dynamics in Australia survey.