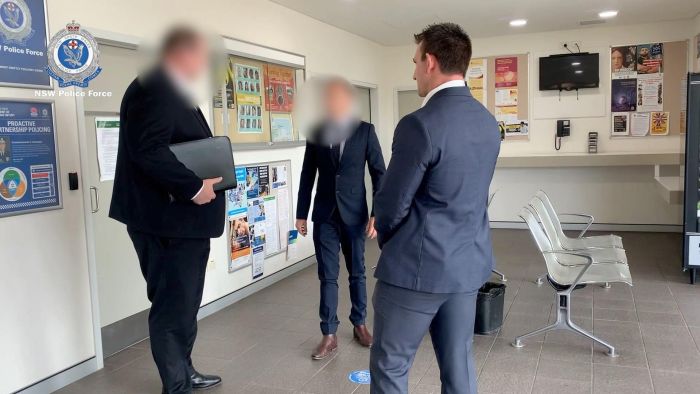 Three men have been charged as part of an investigation into a $14.7 million fraud in the Illawarra.

Police say the scam involved a real estate agent and two others who conspired to publish false documents to obtain home construction loans.

Five businesses and homes were raided across the Illawarra on Wednesday with two 33-year-old men arrested in Wongawilli and Calderwood.

A third man, 35, was arrested at Lake Illawarra Police Station.

Both 33-year-olds were charged with 19 counts of publishing false and misleading information to obtain advantage, dishonestly obtaining a financial advance by deception and participating in a criminal group to contribute to criminal activity.

The 35-year-old was charged with nine fraud counts.

Police say the two younger men were using false documents in an attempt to obtain a $14.7 million loan to build homes in Avondale.

They also allege the older man used his position as a real estate agent to publish false contracts of sale.

All three have been granted conditional bail to appear in Port Kembla Local Court on April 14.