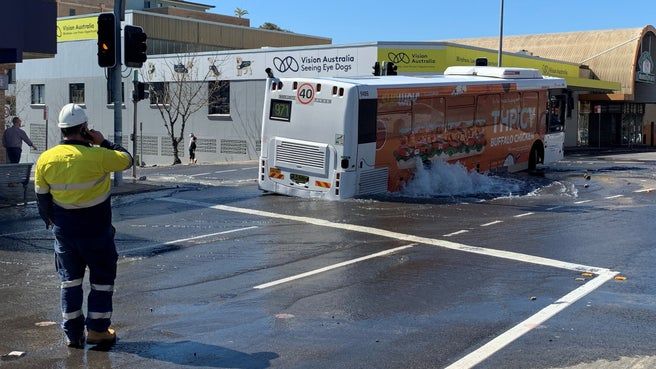 A bus has been partially swallowed by a sinkhole, after a water main burst in Sydney's South.

A giant green tow truck with the hulk painted across one side has now arrived to wrench this sunken white bus out of 30 metre wide pool of water and concrete in Caringbah.

Emergency crews were called on the corner of Kingsway and Port Hacking Road after a water main ruptured.

The road collapsed and the bus drove the intersection, becoming lodged in the pit.

The towing operation can't commence until the water can be been turned off and flooding subsides.