SLSA asking public to donate $1 per hour at the beach 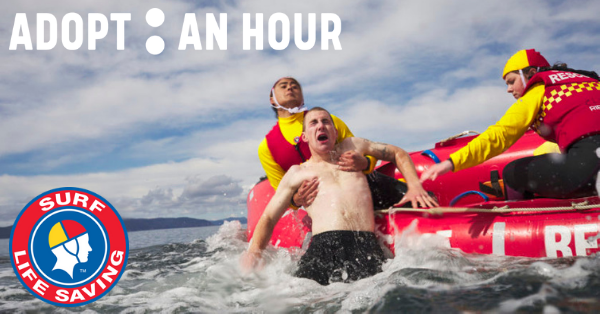 Surf Life Saving Australia are calling for the public to ‘Adopt an Hour’ this summer to match the 1.4 million volunteer patrol hours by surf lifesavers.

Surf lifesavers dedicate 1.4 million volunteer hours on patrol each year to keep Australian beaches safe and the Surf Life Saving Foundation has launched a powerful new ad campaign ahead of Summer to remind beachgoers of the impact of volunteer surf lifesavers.

The Adopt an Hour campaign boldly compares the 1.4 million hours that our surf lifesaving volunteers dedicate on patrol each season to the seconds that it takes for someone to get into trouble or drown.

Ahead of summer Surf Life Saving is calling on the public to consider donating one dollar for every hour they spend at the beach this summer to match the millions of hours that our surf lifesavers spend protecting the public.

“Ahead of this summer, we’re asking the public ‘what’s an hour of safety worth to you and your family?’” said Brennan.

“Our volunteer surf lifesavers dedicate over 1.4 million hours each year on patrol to keeping our beaches safe and are there for the public in the longest few moments of their life.

“We’re asking the public to consider donating $1 for every hour they are at the beach this summer to match the 1.4 million patrol hours our surf lifesavers dedicate so that when you need them most, they’re there to help.”

“Over the last 16 years we know that young males have become the major group who is at risk and involved in drowning incidents,” said Daw.

“We know that with young males there is a little bit of bravado, there’s a little bit of risk taking – a lot of it isn’t deliberate, we get into positions that we don’t realise can cause us harm.”

Funds raised through the Adopt an Hour appeal will go towards ensuring that volunteer surf lifesavers will continue to patrol and protect the public on Australian beaches throughout summer.

To donate to the Surf Life Saving Foundation or to Adopt an Hour head to www.adoptanhour.com.au