HOT CHOCOLATE - HEAVEN IS IN THE BACKSEAT OF MY CADILLAC
Recent 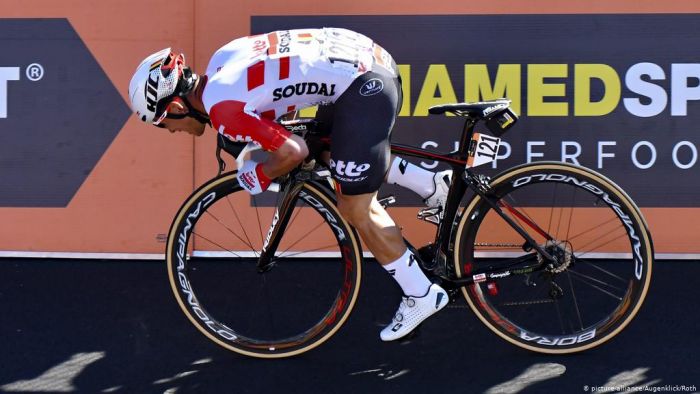 Southern Highlands local Caleb Ewan has given a fantastic demonstration of why cycling hails him "the Pocket Rocket" as Australia's finest sprinter blasted to victory on the fifth stage of the Giro d'Italia.

It had been a tough Giro for the 26-year-old Moss Vale local, who messed up his first chance of winning a stage at the weekend, but he was back to his unstoppable sharpest in the denouement for the flat 177km stage from Modena to Cattolica on Wednesday.

Ewan managed to negotiate a hazardous run-in which featured major crashes and saw him come close to taking a tumble himself when tangling with Belgian sprinter Tim Merlier.

He still had to surge from some way back to earn his fourth-ever stage win at the Giro but when the Lotto Soudal sprinter managed to find space and hit turbo charge, he was in a different league from his rivals.

Over the past 70 metres, he tore past Italian stars Giacomo Nizzolo and Elia Viviani to win comfortably.

It was a victory - the 48th of Ewan's career - that ensured his dream of winning a stage at all three of this year's grand tours will be carried into the Tour de France.

For the moment, though, he's got the taste for more success in Italy.

"The goal to start with was one stage win. I've done that and, you know me, I'm pretty hungry to win as much as I can.

"It's good confidence for me and the team going forward. I think we'll show in the next few sprint stages as well."

His main emotion, he reckoned, was "relief" after his misfiring opening to the three-week tour.

"The first sprint stage didn't go good at all, there was a lot of pressure on me and the team to do a good job today," he said.

"I think the team out-performed themselves, they were so good. Without them, I couldn't have been so fresh in the finish.

"I had good lines through all the corners in the last 20km and I think I just showed I had the best legs in the final."

There was just one nevry moment when he clashed at high-speed with Merlier, winner of the first sprint stage on Sunday.

"I don't know what happened. I think there were some guys coming through the pack and there were a few twitchy moments, but it didn't stall me too much and I was still able to get out. I was lucky," said Ewan.

Other big names weren't so 'lucky' amid several crashes in the final 15 kilometres.

The worst saw one of favourites, Mikel Landa, taken away in an ambulance with a broken collar bone and injured ribs after being caught up in the aftermath of American Joe Dombrowski hitting a race marshal who was signalling an obstacle in the middle of the road.

Dombrowski, who'd been second overall after winning the previous stage, was able to continue but finished more than eight minutes behind Ewan.

Pavel Sivakov's hopes of overall victory are also over after he lost too much time following another crash.

Team Bike Exchange's Simon Yates is 14th, one minute 49 seconds down in the general classification, while the leading Australian is last year's runner-up Jai Hindley, who is 2:20 behind in 24th.