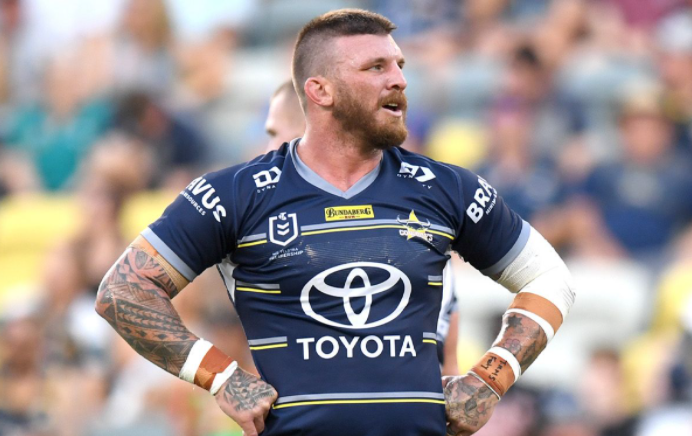 St George Illawarra are set to announce the signing of Josh McGuire as soon as Tuesday morning after agreeing to terms of his release with North Queensland.

The former Queensland and Australia forward could be available to play for the Dragons in Sunday's game against the Warriors pending approval of NRL paperwork.

The 31-year-old didn't play for the Cowboys in Sunday's win over Wests Tigers due to an infection that had him hospitalised throughout the week.

However, he has been on the outer at the Cowboys with new coach Todd Payten agreeing to allow him to speak to rival clubs to find a new deal.

It's understood the Dragons have secured McGuire for the rest of this season as well as 2022, reuniting him with ex-Brisbane coach Anthony Griffin.

McGuire is a veteran of 232 NRL games, including 38 for the Cowboys since he joined the club from the Broncos in 2019.

It's a coup for the Dragons who have been on the hunt for an experienced forward to join the pack and were also linked to ex-Test prop Andrew Fifita recently.

The addition of McGuire further boosts a Dragons team who shot to fourth place on the NRL ladder with their fourth win of the season against Parramatta on Sunday.

McGuire joins Jack Bird and Andrew McCullough as additions to the Dragons this season.

Dragons lock Jack de Belin returned to court on Monday as he fights rape charges, and is expected to know his fate in the coming weeks.