Queen - ANOTHER ONE BITES THE DUST
Recent 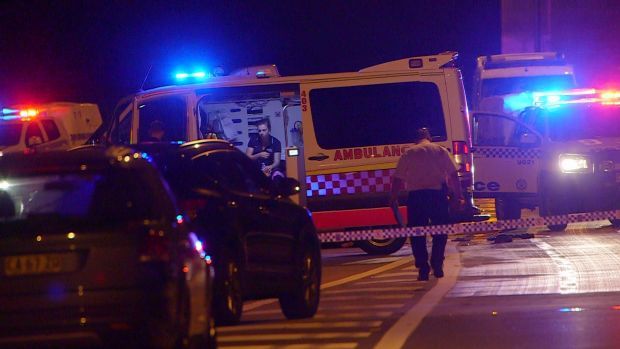 A man hunt is underway after a man was stabbed and a woman punched during a home invasion in Horsley.

Just after midnight on Sunday, police were called to a home on Horsley Drive, Horsley, following reports of a break-in.

Police have been told one of the occupants, a 38-year-old man, was confronted by two unknown men inside the house before there was a physical altercation and he suffered a stab wound to his chest.

During the incident, a second occupant, a 35-year-old woman, was woken and punched in the face by one of the men before they both ran from the home.

The man was treated by paramedics before being airlifted to St George Hospital in a serious condition.

Officers attached to Lake Illawarra Police Area Command established a crime scene and commenced an investigation into the circumstances surrounding the incident.

As part of ongoing inquiries, police would like to speak to two men they believe can assist with their inquiries.

Both men are described as being of Caucasian appearance, between 180cm and 185cm tall and of large build.

One of the men is described as having dark hair and a sleave tattoo. He was seen wearing a black shirt and a black cap.

The second man was wearing a grey hooded jumper.