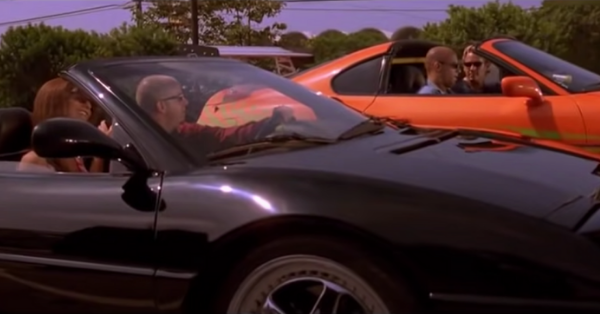 A man will appear in court today after allegedly not disclosing the details of a driver who conducted burnouts at a busy intersection in Sydney's CBD earlier this year.

Officers from Traffic and Highway Patrol Command’s Strike Force Puma commenced an investigation after receiving footage of the incident at the intersection of Phillip and Bent streets, about 11.17am on Sunday 23 May 2021.

The video shows a white Ferrari Portofino accelerating harshly through a red light, conducting burnouts in the intersection, resulting in smoke and blocked traffic.

Subsequent checks revealed the Ferrari was registered to a Sydney hire car business.

Police were told the luxury vehicle had allegedly been hired by a 46-year-old Glenbrook man, at the time of the incident.

Police spoke with to the man who allegedly failed to disclose to them who was driving at the time.

He was charged with responsible person/custodian not disclose driver’s details, by way of Court Attendance Notice, about 10.50am on Friday 2 July 2021.

The man is due to appear before Downing Centre Local Court today (Tuesday 21 September 2021).