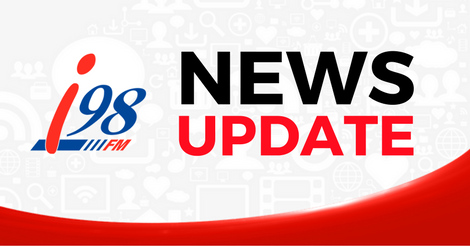 A judge has acknowledged the "arduous task" 12 Sydney jurors face as they consider verdicts in the rape retrial of NRL footballer Jack de Belin and Callan Sinclair.

The St George Illawarra forward, 30, and his friend Callan Sinclair, 23, have both pleaded not guilty to aggravated sexual assault, saying their December 2018 encounter with a then-19-year-old in a North Wollongong unit was consensual.

A Sydney District Court jury deliberated for five-and-a-half hours before being released yesterday.

"You're on verdict now, you have 11 people to discuss the verdict with, and only keep those discussions between you 12," Judge Nicole Noman said when farewelling jurors yesterday.

"Once all 12 of you do arrive (on Tuesday), that's when you start your deliberations again."

She encouraged them to rest when not at court, noting the "arduous task" before them.

Sinclair faces five charges of aggravated sexual assault, where the aggravation is being in de Belin's company.

De Belin faces four identical charges while a fifth charge - aggravated sexual assault in company - alleges he was in the company of Sinclair during the first offence and also intentionally or recklessly inflicted actual bodily harm about that time.

The jury heard 13 days of pre-recorded and live evidence in which the woman testified she left a bar with the men under the misapprehension she was heading to another bar.

After arriving, she climbed a fence with the men and entered the unit to use the bathroom, before being attacked by de Belin.

Her calls for the men "stop" were ignored before she "just let it happen" and cried, she said.

The men deny observing any sign of non-consent, saying the woman was muttering "yes" and "enjoying" herself.

Already an acquaintance of Sinclair, the teenager met de Belin on a dancefloor of Wollongong bar Mr Crown during the city's popular Santa Pub Crawl.

After some dancing, de Belin says he said "You, me and Cal?" and the woman responded with a wink and a smile, once the footballer confirmed he could keep a secret from his girlfriend.

Dubbing that as a false account, the crown prosecutor said the accused men's evidence was "sprinkled" with words and actions "to turn the narrative into a false picture of a consensual sexual encounter".

"They just went too far and it became inherently implausible," David Scully said.

"This woman is the sort of person who takes a grain of fact and then moulds it, changes it, distorts it and uses it to tell a tale," David Campbell SC told jurors on Friday.

Sinclair's lawyer reminded the jurors their decision should not be about sympathy, emotion or even whether the woman was lying.

"Not guilty means you're not satisfied the Crown has proved its case beyond reasonable doubt," Sharyn Hall said.