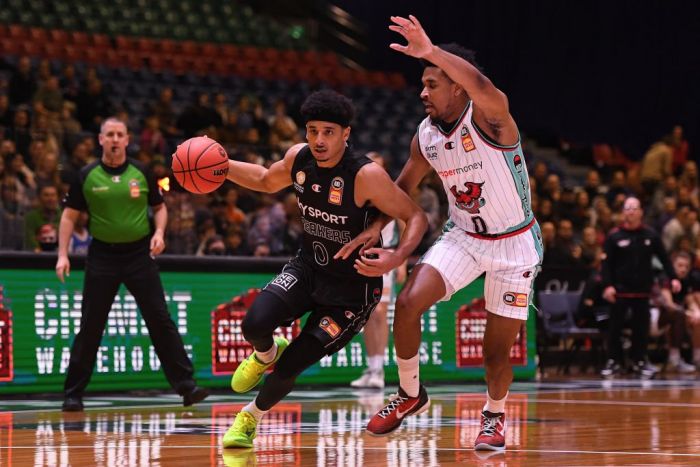 The win at the Silverdome in Launceston keeps the Hawks in touch with the top four, the team calling the victory "crucial".

It was the Breakers who had the better of the opening term though - leading 23-18 at the first break after shooting an incredible 64% through the first 10 minutes.

Sam Froling continued his surge towards the Most Improved Player award, dropping in six points early on as the big man was aggressive from the outset.

Illawarra shooter Tyler Harvey was electric in a game where offence was hard to come by as he finished with 29 points and seven steals.

He became the first player in NBL history to record at least 20 points and seven steals in a game in the 40-minute era.

Justin Simon came up with some big defensive plays in the clutch on his way to 12 points and six rebounds.

For the Breakers, Tai Webster and Tom Abercrombie both had 14 points, as New Zealand’s run of home games in Launceston comes to an end.