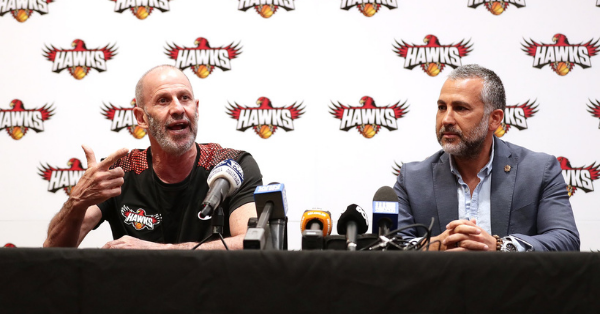 The Hawks have unveiled what they say is an 'exciting new chapter' for the local NBL club.

He boasts 6 NBL championships and 6 NBL Coach of the Year awards, and is widely considered to be one of the most successful basketball coaches in NBL history.

Speaking to the media on Thursday, Goorjian said "getting the opportunity to come to Wollongong and being in an environment like this with the basketball tradition and a new start with the right ownership, I just can't tell you how excited I am."

Hawks President and Co-Owner, Dorry Kordahi has revealed getting Goorjian was a “big impact” and sets the tone that the organisation "is here to win games and here to be a title contender."

"I think this is the highest-paid roster that the Hawks have ever had. Going through COVID-19, it's definitely a bit tricky not knowing the commercial return. For us, as our ownership group, we've believed in investing in the Hawks and that's why we took it on-board. To be a winning team and organisation you need to hire the best."

The NBL season has been delayed from its usual October start, but is expected to begin in 2021.