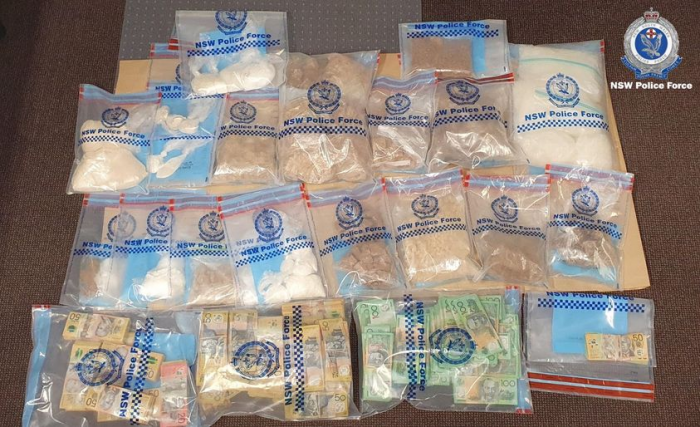 Detectives have charged a Guildford man with commercial drug supply, following an investigation in the Illawarra.

Following extensive inquiries, investigators executed a search warrant at an automotive store on Military Road, Port Kembla back in September.

During a search of the store, officers allegedly seized almost half a kilo of methylamphetamine, with an estimated potential street value of $80,000, drug paraphernalia, a firearm and ammunition.

Two 27 year-old men and a 39 year-old man were arrested and charged with commercial drug supply offences in connection to the seizure.

They remain before the courts.

The estimated street value of the drugs is in excess of $1.4 million.

The 33-year-old man was charged with five counts of large commercial drug supply and deal with proceeds of crime.

Police will allege the man was the upline supplier of a syndicate operating out of an automotive store in Port Kembla.