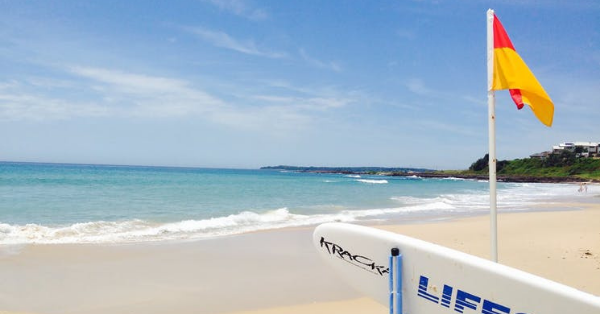 Two women have been hospitalised after near drownings in the Illawarra at the weekend.

A woman got into trouble at Little Austinmer beach yesterday - with a quick thinking surfer coming to her aid.

She was brought to shore semi-conscious before being raced to hospital.

A second woman was also had to be hospitalised after being swept out into a rip around 250 metres south of the flags at Wollongong City Beach.

Lifesavers recorded 17 rescues along the Illawarra beaches, including treating a number of people suffering marine stings from visiting blue bottles.