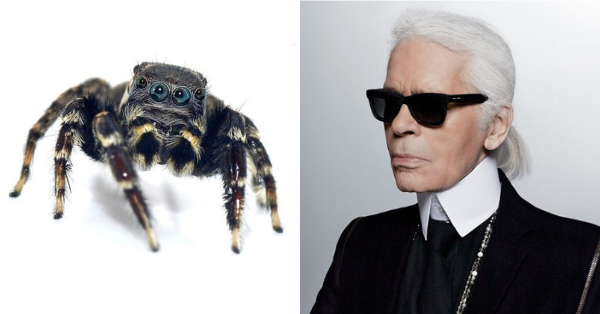 Scientists at the Queensland Museum have been busy discovering five new species of Australian jumping spiders.

Most notably, the 'Jotus karllagerfeldi' was named after iconic fashion designer Karl Lagerfeld, due to the spider's large black eyes - looking similar to sunglasses and its black and white front legs being reminiscent of Lagerfeld’s famous kent collar.

Four of the five new species are from Queensland with one from New South Wales. At only a few millimetres in size, they can be difficult to spot, despite their stunning colours.